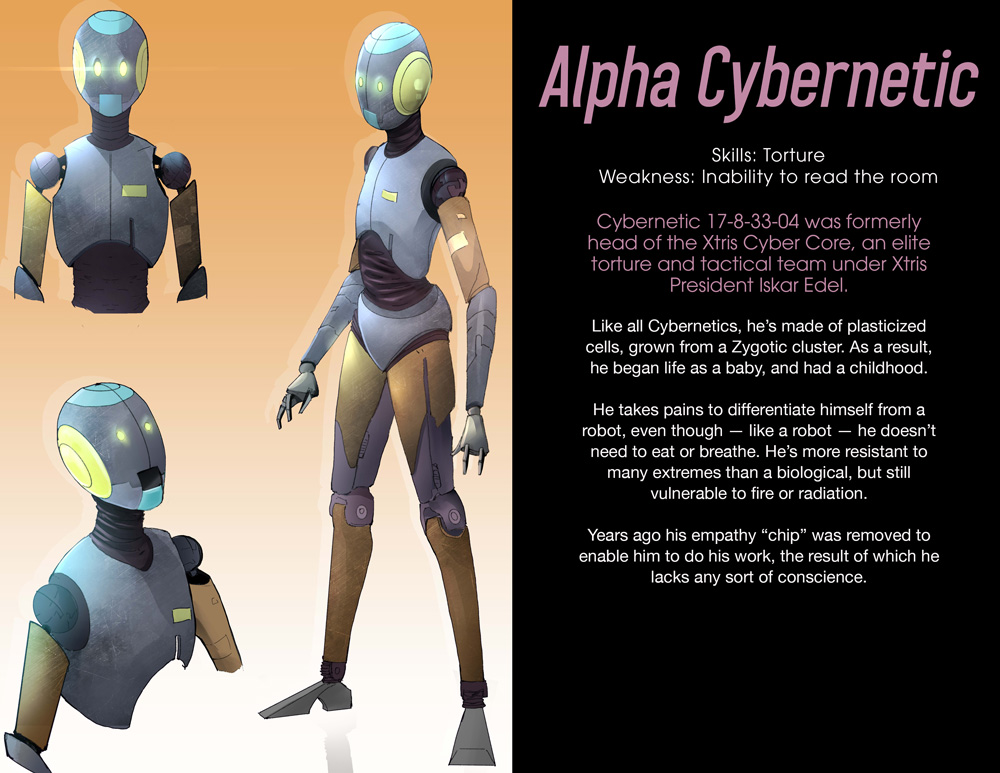 Posted at 14:51h in RNWY Galaxies by admin
0 Likes

Cybernetic 17-8-33-04 was formerly head of the Xtris Cyber Core, an elite torture and tactical team under Xtris President Iskar Edel.

Like all Cybernetics, he’s made of plasticized cells, grown from a Zygotic cluster. As a result, he began life as a baby, and had a childhood.

He takes pains to differentiate himself from a robot, even though — like a robot — he doesn’t need to eat or breathe. He’s more resistant to many extremes than a biological, but still vulnerable to fire or radiation.

Years ago his empathy “chip” was removed to enable him to do his work, the result of which he lacks any sort of conscience.