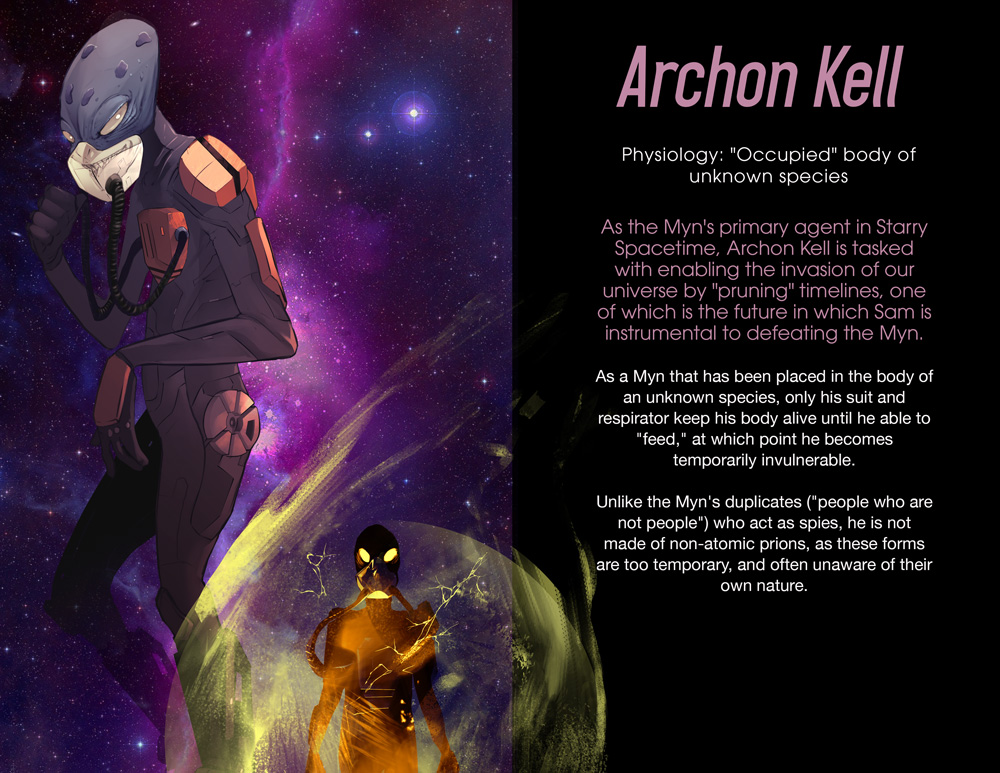 As the Myn’s primary agent in Starry Spacetime, Archon Kell is tasked with enabling the invasion of our universe by “pruning” timelines, one of which is the future in which Sam is instrumental to defeating the Myn.

As a Myn that has been placed in the body of an unknown species, only his suit and respirator keep his body alive until he able to “feed,” at which point he becomes temporarily invulnerable.

Unlike the Myn’s duplicates (“people who are not people”) who act as spies, he is not made of non-atomic prions, as these forms are too temporary, and often unaware of their own nature.