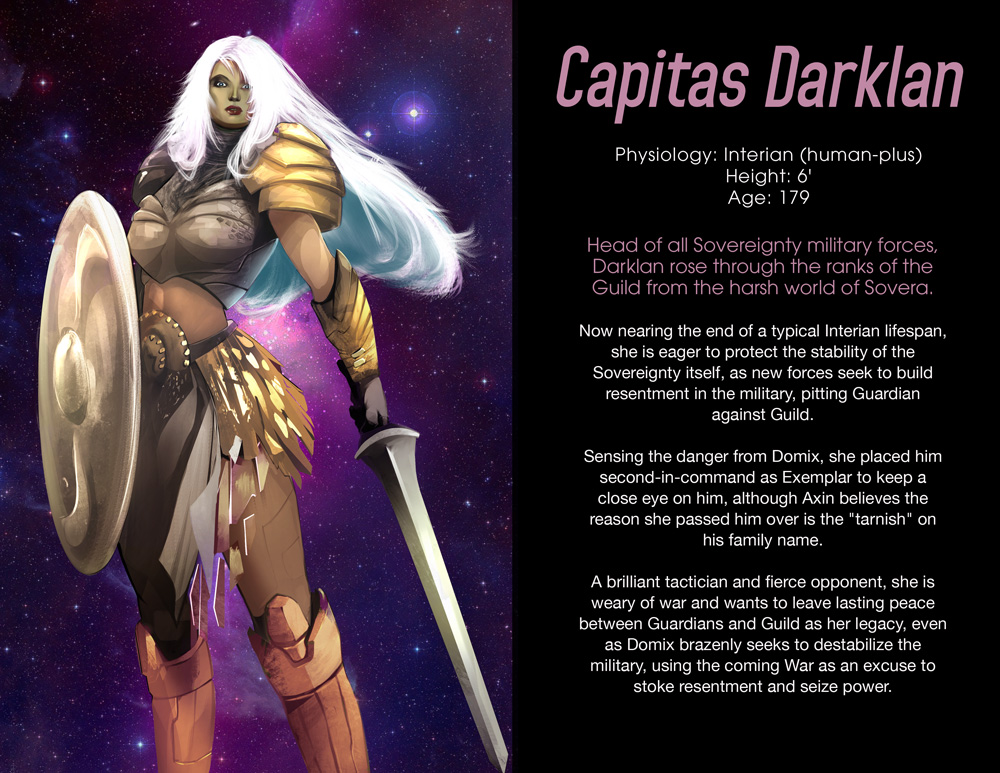 Head of all Sovereignty military forces, Darklan rose through the ranks of the Guild from the harsh world of Sovera.

Now nearing the end of a typical Interian lifespan, she is eager to protect the stability of the Sovereignty itself, as new forces seek to build resentment in the military, pitting Guardian against Guild.

Sensing the danger from Domix, she placed him second-in-command as Exemplar to keep a close eye on him, although Axin believes the reason she passed him over is the “tarnish” on his family name.

A brilliant tactician and fierce opponent, she is weary of war and wants to leave lasting peace between Guardians and Guild as her legacy, even as Domix brazenly seeks to destabilize the military, using the coming War as an excuse to stoke resentment and seize power.