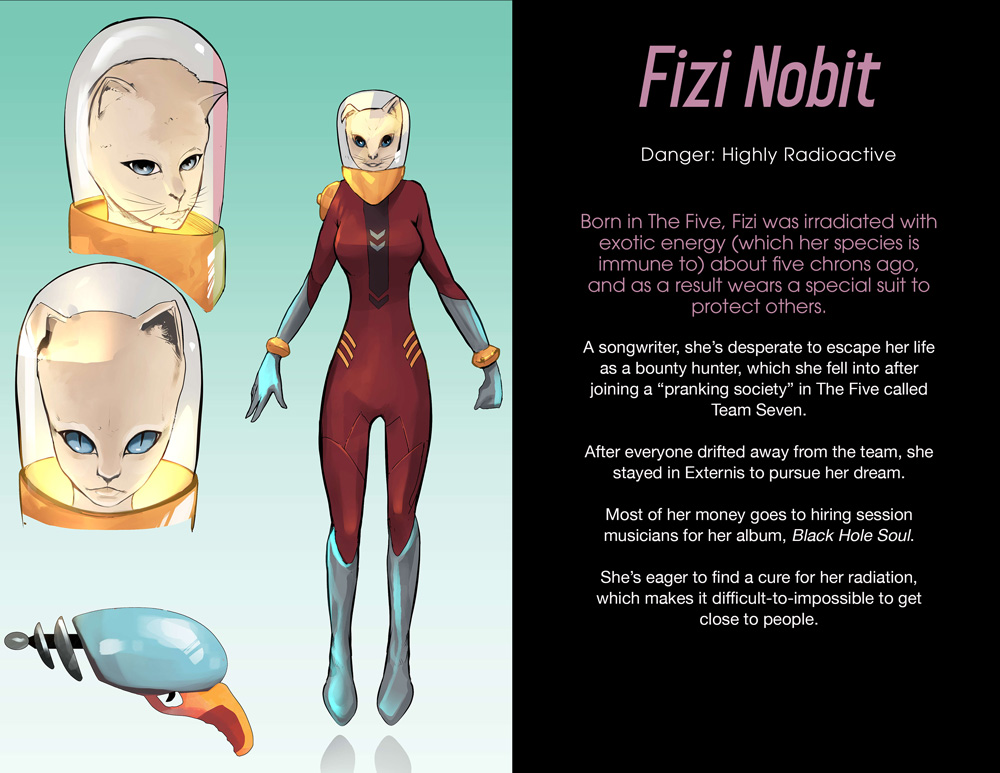 Born in The Five, Fizi was irradiated with exotic energy (which her species is immune to) about five chrons ago, and as a result wears a special suit to protect others.

A songwriter, she’s desperate to escape her life as a bounty hunter, which she fell into after joining a “pranking society” in The Five called Team Seven. After everyone drifted away from the team, she stayed in Externis to pursue her dream.

Most of her money goes to hiring session musicians for her album.

She’s eager to find a cure for her radiation, which makes it difficult-to-impossible to get close to people.