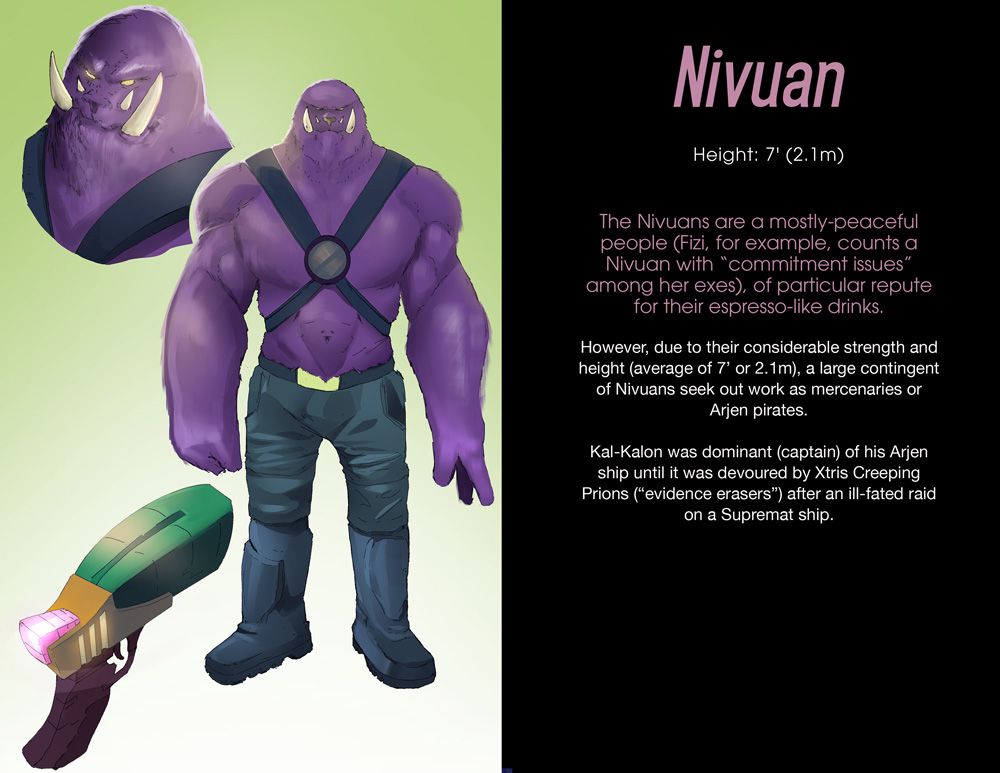 Posted at 14:50h in RNWY Galaxies by admin
0 Likes

The Nivuans are a mostly-peaceful people (Fizi, for example, counts a Nivuan with “commitment issues” among her exes), of particular repute for their espresso-like drinks.

However, due to their considerable strength and height (average of 7’ or 2.1m), a large contingent of Nivuans seek out work as mercenaries or Arjen pirates.

Kal-Kalon was dominant (captain) of his Arjen ship until it was devoured by Xtris Creeping Prions (“evidence erasers”) after an ill-fated raid on a Supremat ship.