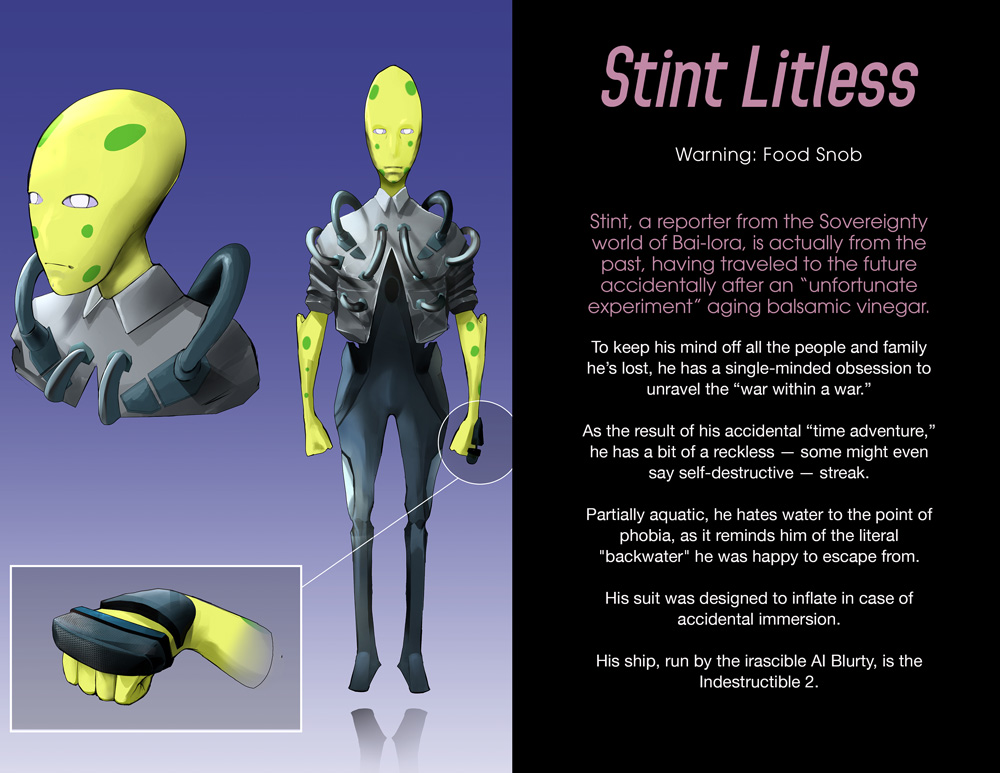 Posted at 14:50h in RNWY Galaxies by admin
0 Likes

Stint, a reporter from the Sovereignty world of Bai-Iora, is actually from the past, having traveled to the future accidentally after an “unfortunate experiment” aging balsamic vinegar.

To keep his mind off all the people and family he’s lost, he has a single-minded obsession to unravel the “war within a war.”

As the result of his accidental “time adventure,” he has a bit of a reckless — some might even say self-destructive — streak.

His “hand mic” comes in handy (yes, he’s heard the joke before) for interviews.