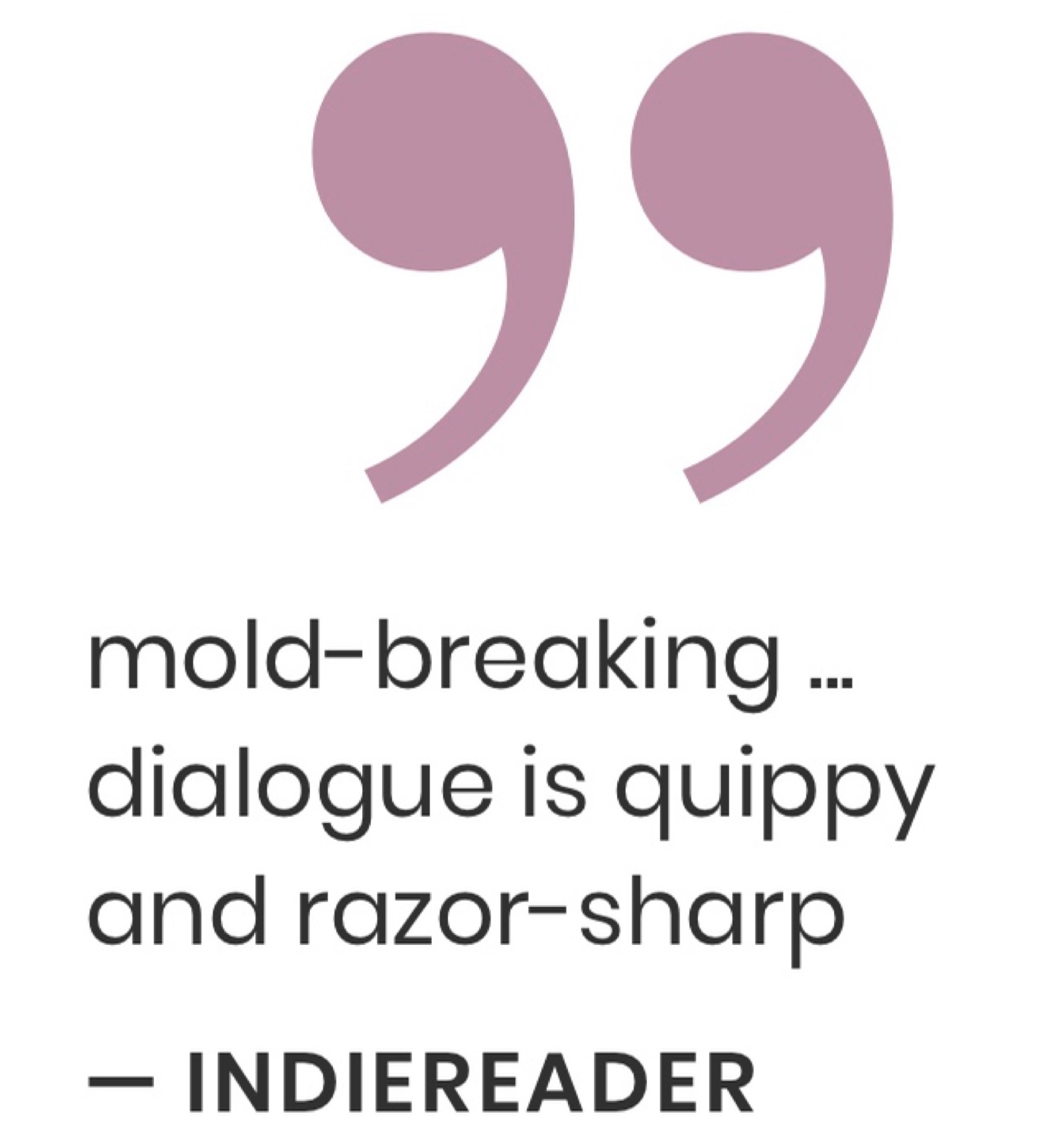 A forlorn Space Fashion Week organizer, a television host who moonlights as an inventor and a Designer-bot Optimized for Shopping, all must rely on their wits and wittiness to stop a looming robot invasion that threatens civilization itself in RNWY: A Space Adventure.

P.A. Lopez’s amusing and imaginative novel RNWY: A Space Adventure rollicks as a humorous fashion-minded science fiction story with truly unique world-building all its own. The Douglas Adams-influenced (see A Hitchhiker’s Guide to the Galaxy) but mold-breaking book follows the bereaved and jaded Space Fashion Week organizer Pablo Starr, the model and aspiring inventor Samantha, and the antiquated robot model DOS that crashes her television show with a dire warning. Set in 2399, the book boasts a creative and well-developed setting in which sentient AIs can become citizens, humans don’t age or die, and the idea of life itself has been redefined after the “end of the biological age.”

The book thrusts ordinary people into extraordinary situations, forcing them to rely on their wits and ample wittiness to prevent an invasion of a robot army that would put the fate of the world at stake. They’ve lived for hundreds of years but continue to have grounded and relatable motivations, such as desire for love or to be taken seriously. Character drives the plot. Both humans and machines get depicted in three-dimensional ways. Even the sometimes cartoonish Sention Prime antagonist is equipped with a full backstory and ample motivation. Amid all the gaudy genre trappings, RNWY is a deeply human story about people who are lost and in search of meaning in their lives.

A fashion world milieu informs the work with a flamboyant and charming voice. The dialogue is often quippy and razor-sharp. The witty book frequently shows an offhandedly catty sense of humor, such as how one character wouldn’t be caught dead on public transit, how bored-looking robot manned the counter of a 50% off store, or an assumption that a morose-looking man must be a government synth.

The comedic sensibility strongly calls to mind A Hitchhiker’s Guide to the Galaxy, such as with a pacifistic talking ship who avows he’s violating his deeply held principle of non-interference by trying to correct harms caused by too much interference, prompting the retort: “Billions of lives hang in the balance, and this guy is trying to figure out the perfect level of indifference.” But the book is in no way derivative and very much its own thing.

Much thought and care went into conjuring up a sui generis universe that blends the present-day with game-changing future technologies that raise of host of weighty philosophical concerns. It’s filled with creative tech gadgets like gluon ray guns and gravimetric hoverbikes that materialize from lipstick tubes, which often are shown in accompanying illustrations. It fleshes out the ramifications of its central conceit well, such by casually mentioning a character who has 100 grandchildren and more than 1,000 great-grandchildren.

But the flip side of all the intricate world-building is that exposition drags on the pace early on. The book sometimes dumps an excessive amount of backstory and detail, breaking the spell of the storytelling. The novel also could bear to be shorter, especially as the intended first installment in a series.

It does however attain its aim of leaving the reader wanting to spend more time with the characters in such a delightful and imaginatively constructed world.