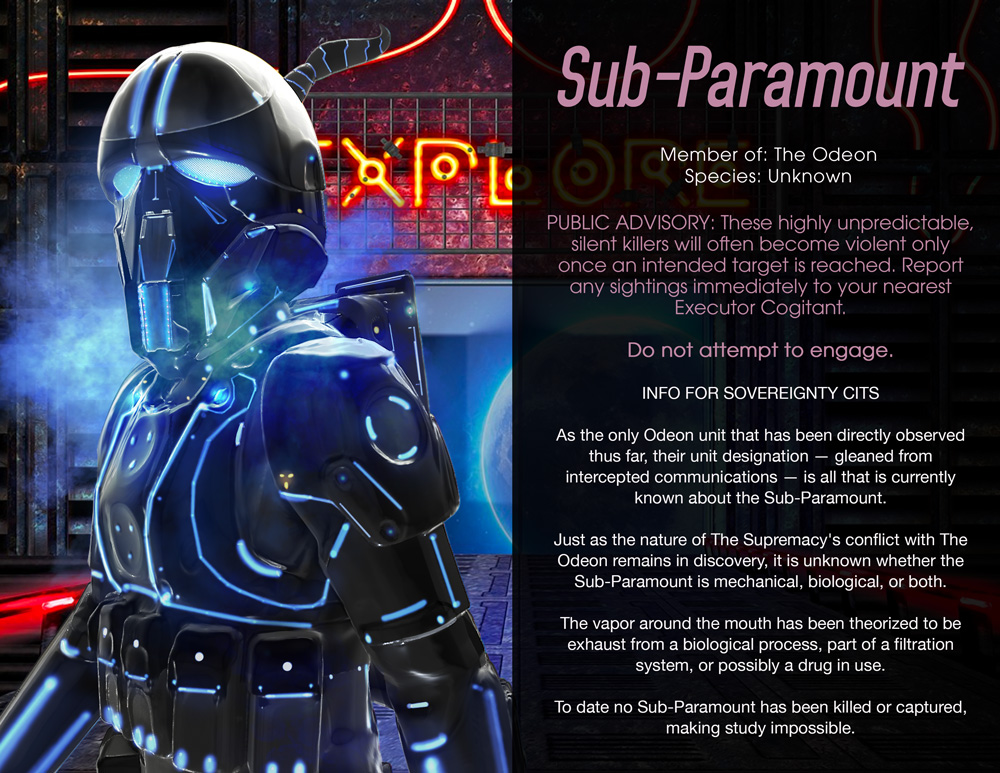 PUBLIC ADVISORY: These highly unpredictable, silent killers will often become violent only once an intended target is reached. Report any sightings immediately to your nearest Executor Cogitant.

Do not attempt to engage.

As the only Odeon unit that has been directly observed thus far, their unit designation — gleaned from intercepted communications — is all this is currenty known about the Sub-Paramount.

Just as the nature of The Supremacy’s conflict with The Odeon remains in discovery, it is unknown whether the Sub-Paramount is mechanical, biological, or both.

The vapor around the mouth has been theorized to be exhaust from a biological process, part of a filtration system, or possibly a drug in use.

Currently no Sub-Paramount has been killed or captured, making their study impossible.